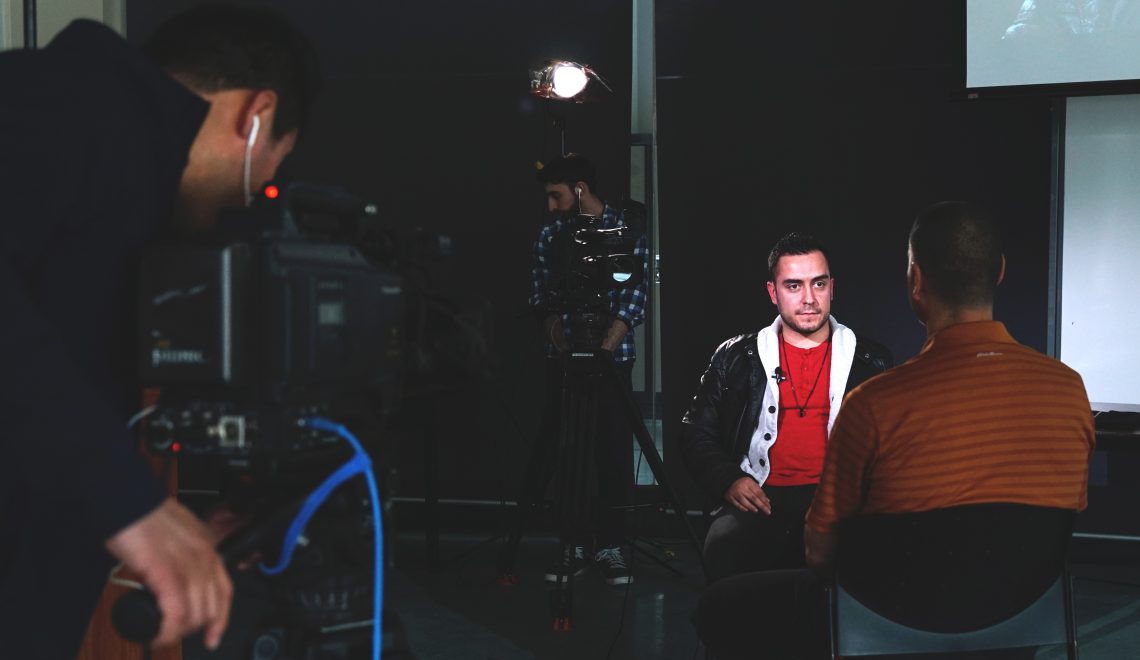 Welcome to another edition of our podcast series ‘Alumni Advice’, where we feature successful Seneca College alumni who share their tips and insights with current students. In this edition, Broadcasting Television professor Glenn Heshka sits down with alumni from over the years to learn about their experiences in the television and film industry since graduating from Seneca College’s Broadcasting Television program. The alumni share why they chose Seneca’s program, how it prepared them for their career, and what advice they have for students currently in the program.

EPISODE 1: Talking Tech with Aizick Gimmerman
On this episode, we hear from class of 2005 alum Aizick Gimmerman, who is a Freelance videographer. From entering the industry at a time when the shift to digital was happening, to educating clients, to constantly learning, Aizick shared a wealth of knowledge surrounding tech in the film industry.

On this episode, we hear from class of 2014 alum Elianna Voskakis, who has worked on shows such as Big Brother Canada, Cold water cowboys, and the Bachelor Canada. After taking some advice, she shares how she fell for a side of the film industry she never intended to- editing.

On this episode we hear from class of 2013 alumn Kevin Young, who is a freelance sound recordist both in the studio and out in the field. Kevin shares experiences from travelling all over the world to the importance of getting your foot in the door and networking to keep the work flowing.

On this episode we hear from class of 2015 alum Lubin Martinez, who works as a freelance editor and videographer. With an end goal to be a director, Lubin praises Seneca with teaching him all the different areas of the filmmaking process he needs, as well as the most important skill for getting into the industry; a positive attitude.

EPISODE 5: From Corporate to Creative Freedom with Kyle Francis

On this episode we hear from class of 2008 alum Kyle Francis, who has worked as director of photography and technical producer. Working as a contractor with a small studio, Kyle’s versatility as a jack of all trades made him invaluable for a production team. He shares the journey from doing corporate gigs that didn’t always follow through on payment, to shifting to work that’s more creatively fulfilling and persevering to make ends meet.

On this episode we hear from class of 2010 alum Michelle Ceccanese, who works as a head camera operator and jib operator. Despite not getting accepted on her first try, Michelle’s determination got her to Seneca where she focused mostly on directing for TV, but jobs after graduating quickly forced her in a direction she never thought she’d go; camera.

On this episode we hear from class of 2005 alum Craig Milne, who works at a production rental house in Toronto. Fresh out of school Craig took a stab at documentary filmmaking all by himself, after purchasing his own equipment. How did it go? Not as well as planned, but a solid lesson learned and a step towards working somewhere he enjoyed. 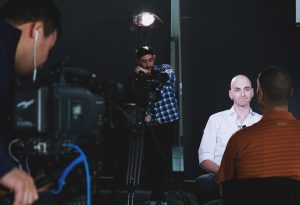 As part of his classes, Glenn uses the alumni interviews as an opportunity for students to practice setting up the cameras, audio, and lighting needed for a proper interview scenario. The camera, audio, and lighting are all done by students and the interviews from this series can be viewed here. If you’re interested in hearing more advice from successful Seneca alumni, we encourage you to check out  Alumni Advice: Journalism Edition.