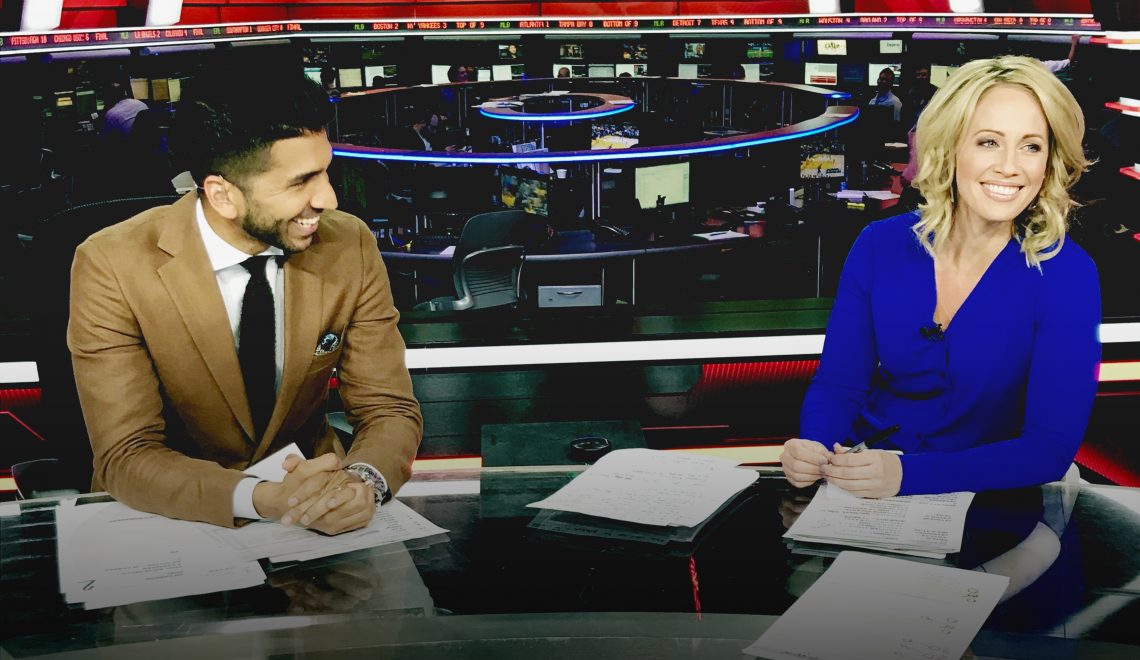 “The most important thing is to be yourself.”

This week’s Unscripted features special guest, Nabil Karim. A Canadian broadcaster from British Columbia, Nabil has been a part of several Canadian TV shows and productions over the years. His credits include the online Hockey Night in Canada show, TSN March Madness and SportsCenter.

Nabil shares with us his journey, the challenges he faced along the way and the advice he would given students just starting out in the industry. He touches on his time at the British Columbia Institute of Technology (BCIT) and some of the professional mentorship he has received along the way. The advice he imparts is invaluable to young Journalism students, who are looking to carve their name not just in the sports industry, but any field of the discipline.

As a graduate of BCIT’s Broadcast and Online Journalism program, Nabil has had an interesting journey, which led him east to Toronto, and eventually south to Connecticut.

Some of his most important moments came while still in school, where he made great friends and developed skills as a reporter and on air personality. He also discusses some of his earliest jobs and career moves, which helped hone his skills and given him valuable experience that have shaped his career. 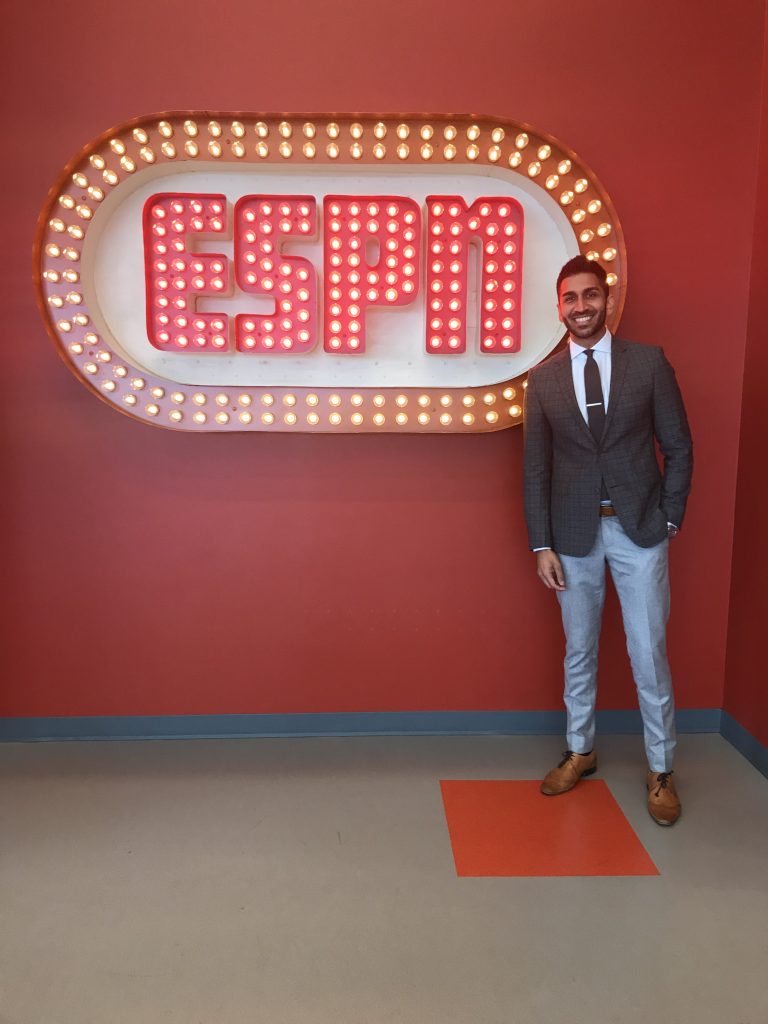 Nabil started his undergraduate career at Simon Fraser University in Criminology, however later switched to Communications. Wanting to bet on himself as a broadcaster, he reached out to professionals in the field for guidance. The advice he received:  “Get into school, get into a small market, make your mistakes and move on up.”

He went on to attend the Broadcasting Journalism program at BCIT, growing a network of contacts of friends and industry pros whom he had spoken to through informational interviews.

After graduating from BCIT, he took a job at the news station in the small market of Prince George, British Columbia. He took this time to develop his skills in both TV and Radio. He then moved to Winnipeg where he worked on the Fox Soccer Report and at Global News where he found his TV voice. This built his confidence and TV presence – he had found his calling.

On the turning point in his journey, Nabil cites CBC Toronto as being his big break where he worked on the morning news and sports updates. At CBC, he was also given the opportunity to be a part of the Hockey Night in Canada online show where for he was a first-time host . Fondly recalling this experience, he says, “I never actually wanted to be a host, I always wanted to be a reporter in the field. They gave me the opportunity to be a studio host which was crazy, so I took it!!”

Earlier this year, Nabil announced that he has signed on with ESPN in Connecticut. We are excited to see this next chapter in his career.

He looks back on his time at BCIT fondly, remarking how much pressure there was. He talks about taking a risk and going all in on his chosen career path, taking a shot at doing what he was passionate about. Nabil credits his time at BCIT as the opportunity he needed to search for his voice and build his confidence as a broadcaster. He did so often by reaching out of his comfort zone and doing what may have seemed daunting (such as speaking to industry professionals) but paid off in the end. He grew more confident of his abilities and expanded his network.

Above all, Nabil credits his success to the close-knit group of undergrad colleagues in whom he would always find unconditional support and encouragement. Despite the competitive nature of the program, working towards a similar goal served as the foundation for a strong friendship – a bond he continues to cherish today.

He also advises students to be “open to learning new things outside what you want to do, so that you can build your versatility.”

Cracking into the Industry 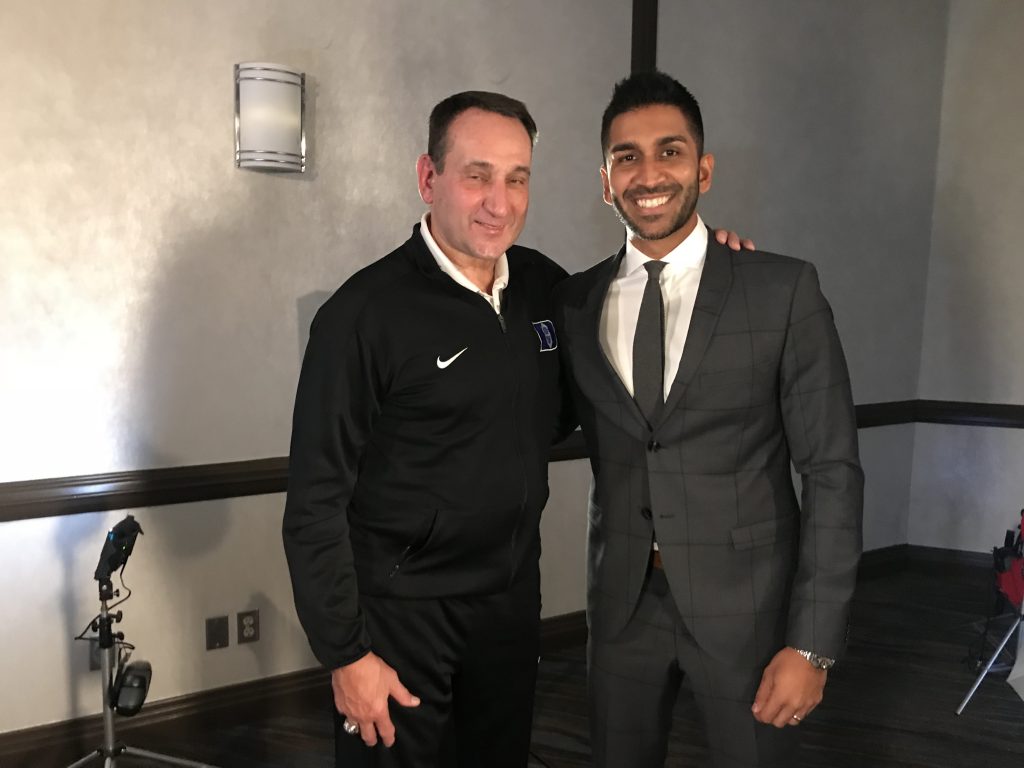 “When developing your reel: get a news reel, a sports reel and a hybrid reel to show versatility,” he advised. “I was sending out my sports reel to news jobs, so no wonder I wasn’t getting calls back.”

He stresses continuously on the value of versatility and developing skills in all areas of Journalism, whether that is writing, radio or production, in sports, entertainment or politics. You never know which skill can land you with an opportunity of a lifetime.

Nabil’s journey has not been easy, but he shares the steps he has taken to advance his career. H

Here are his parting nuggets of wisdom to anyone who wants to be successful in Sports Broadcasting:

Be sure to listen to the full Unscripted podcast to hear more about Nabil’s journey!