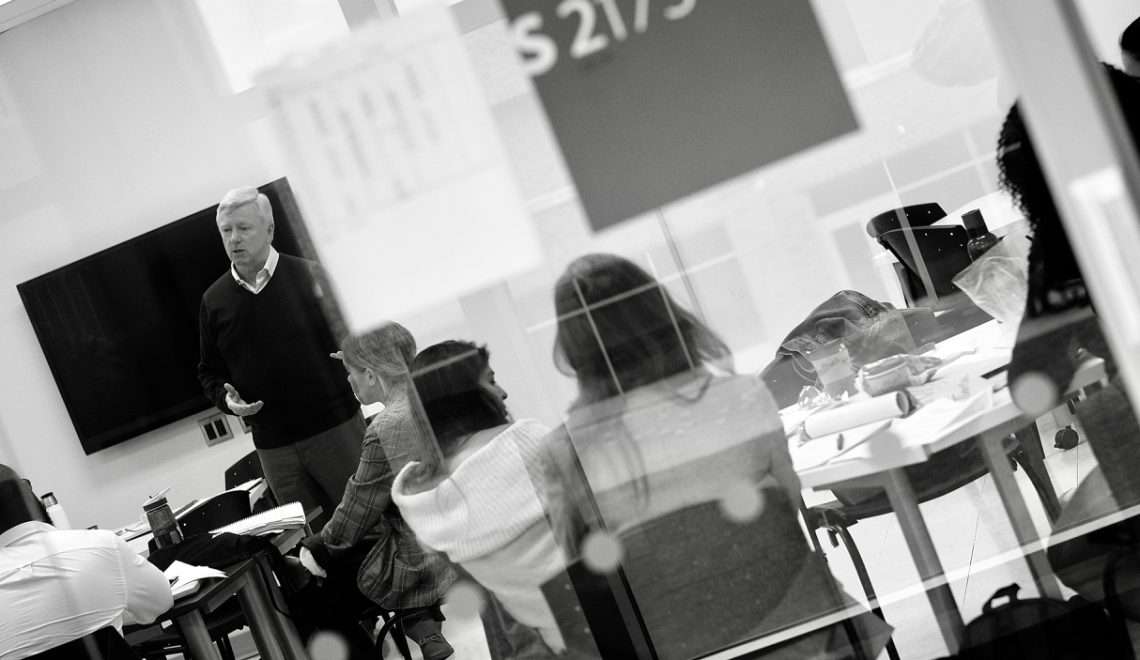 The Public Relations Corporate Communications (PRCC) post-grad students at FCAD’s School of Media are entering their fourth week of classes. They’re beginning to understand just how much work is involved in keeping up with the program, and are figuring out the best personal and professional relationships to succeed in the course.

To anyone else, this is an intensive program that keeps the students taxed to the limit. To ANYONE else.

For Media Relations professor David Turnbull— this is too easy. The students are starting to get a handle on the chaos? Well that isn’t chaos then, is it? 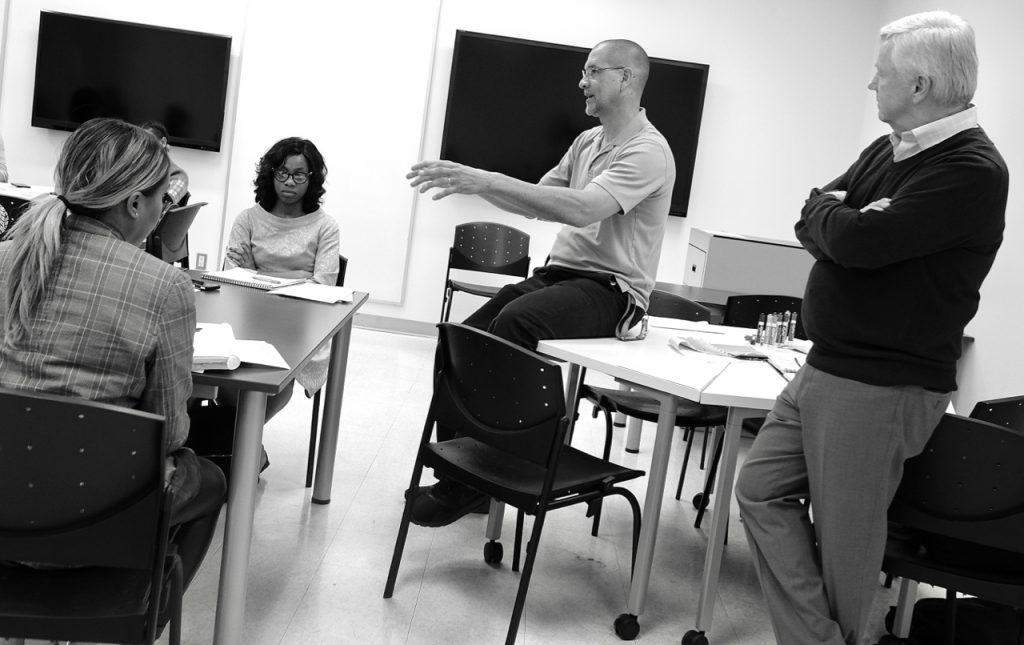 Enter Professors Glenn Heshka and Bill Hutchison, bringing with them an unforeseen challenge: The Media Conference, which is a joint venture between the Journalism, Broadcasting-Television, and PRCC programs.

With two weeks to prepare, each program is ramping up in anticipation of the event: The PRCC students will put together a comprehensive press conference, complete with press kits and news releases, taking on the Journalism students’ investigative questions — all the while, being aware of (and unfazed by) the intrusive camera operators and video crew trying to get the best shot.

In an effort to truly challenge and facilitate growth, the three professors put their heads together with just one goal in mind — total chaos, as they’ve come to expect in their experience with the world outside Seneca.

Professor Turnbull threw down the gauntlet, but the PRCC students were more than read 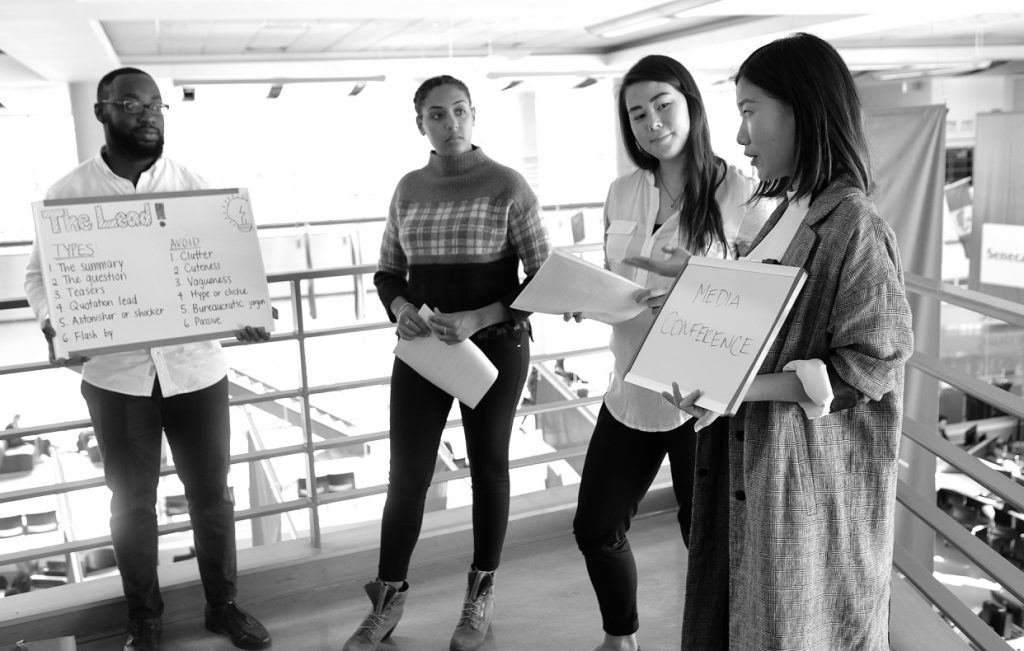 y to pick it up. Students immediately began familiarizing themselves with the process and execution of media conferences through the timely presentation of Lotte Vanharen, Nneka Uzoagu, Federica Esposito, Zemen Teshome, and Neha Rustagi.  The group helped temper tension by engaging students in all aspects of the looming task.  They shared  samples of good and bad conferences, speaking on the supplemental methods available now to the traditional Implementation; stressing everything has a purpose. They worked on reframing the anxious students’ mindsets — to not see the journalists and camera crews with skepticism, but rather as extended audiences: one to take into consideration and cater towards. To see it as opportunity, rather than hurdle, in classic public relations mentality.

Thinking in those terms, the classroom came alive and became a beehive of activity as everyone collaborated on different roles and needs to ensure success. Under the leadership of veteran project manager Ziwei Chen, three sub-departments were created: Location/setup crew — in charge of all tangible preproduction and ensuring smooth operation, headed by the calm-under-pressure journalist Taylor Marshall; PR Agency — involved in handling all media around the production of the conference, and crisis management, appropriately headed by our internationally proficient PR professional Natalia Ysambert; and last but definitely not least — Client Management: handling proper representation of the client in the press release, under the perceptive eye of Neha Rustagi, another experienced professional in the field. 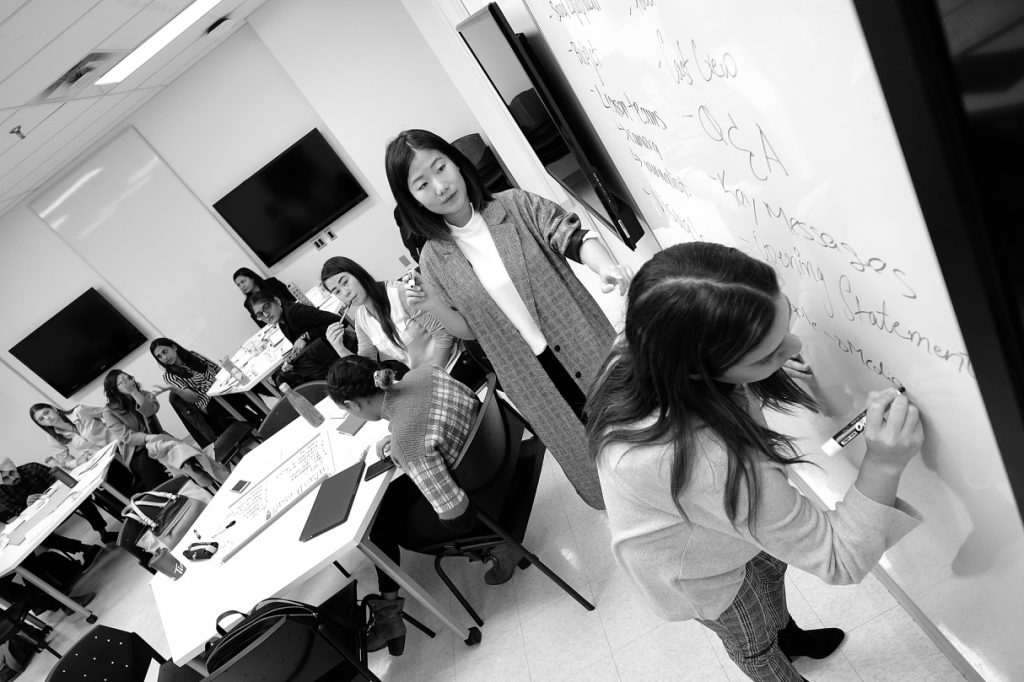 As discussions wound down after responsibilities were delegated, there was a near palpable energy in the air. One student who chooses to remain anonymous, captured the sentiment with a simple dichotomy: “scared, but excited.”  Another classmate, Jennifer Rodriguez – understudy to leader Ziwei Chen, spoke to the challenge of situating our responsibilities amidst midterms and part-time jobs, but still ended with “being pushed out of my comfort zone is exciting”.

It speaks to the very heart of the Senecan attitude  — a willingness to work hard and produce results in conditions mirroring the ‘real world’ — marked by a shift from pedagogy to andragogy; a shift this batch of public relations students is all too ready to embrace.

So, on October 11, no matter what gets thrown at them, there isn’t a doubt in anyone’s mind that PRCC Section B will stand united and ready.

“Daanish Ahamed is a student in the PRCC program in the Faculty of Communication, Art and
Design. He is a graduate of English Language and Literature, from Western University, and spends
most of his time (not already devoted to PR) divided between reading, running, and accosting
strangers on the street to pitch film script loglines.”