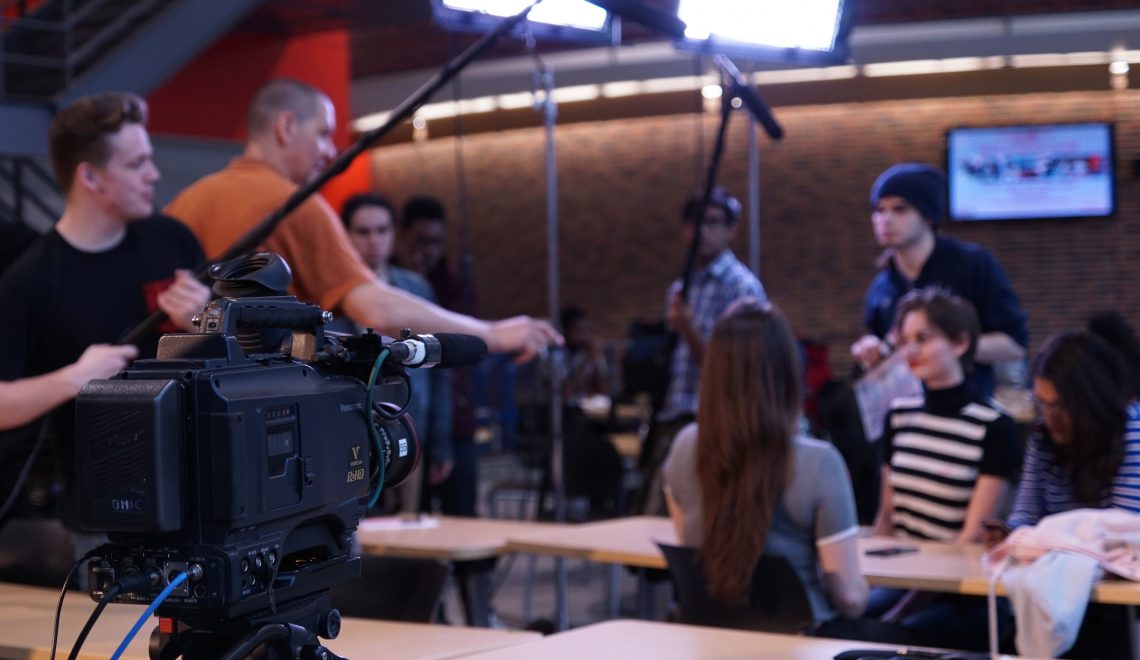 Enthusiastic and successful alumni from Seneca College’s Broadcasting-Television program share their experiences since graduating and how their education helped them find success in the industry.

I am currently the production coordinator for “The Journey” which is a web documentary. I think Seneca gave me a really solid, all round skill set. Also a strong support system; being able to reach out to you guys, our teachers, and get your advice or a reference is really helpful.

I’m currently working freelance as video playback for bling (sim digital). To be honest, I would never have guessed I’d be working in film and television as playback. I pictured myself as a video editor, but my curiosity have lend me to playback, and now I’m enjoying every moment of it. I had the opportunity to work in feature films and work in multiple television shows. Seneca college have helped me be open-minded, and coming out of my comfort zone, it have lend me into many different opportunities within the field. The teachers and staff have been very helpful, they provide you the tools to succeed. For those going to Seneca for RTVT. They’ll say this in day one, you need “passion” to be in this industry. With it you’ll overcome anything, regardless how difficult it may be during the program and after graduation.

I’m currently working on the SyFy channel series “12 Monkeys” Season 3 which is distributed by NBC Universal. I’m an Office Production Assistant and it’s a 6 month contract so I’m guaranteed until at least March. It’s a good job, I’m learning a lot about the business. I’m asking all the right questions and I know what I need to do next because of this job. I’ll be applying to get into the Directors Guild of Canada’s apprentice program in the spring so I can get consistent work on set as a PA, then work my way up to be Assistant Director then to be a Director as that  has always been the plan. I was employed within 2 months of graduation and I’m sure having gone to Seneca helped me get the job!

I’m working  for OLG! With my diploma I was able to secure a permanent p/t position as a draws assistant. I work switcher during our daily lotto draws, edit and upload the daily videos to the Internet!

After graduating from college I got a position as a producer with Rogers TV here in Newfoundland however I was approached by Eastlink TV in April with a better offer and accepted a producer position with them. I do many different things with my role. I shoot, direct, edit, do voice overs, producer a show called “Discover NL” and I with the help of my co-workers built a new set for “Discover NL”. I’m loving the industry and I really enjoy learning from others who I work with! I recently directed a live 12 hour hospital telethon! If you would have asked me when I started the Television Broadcasting program if I could do that, I would have said never! It’s with the help of the excellent teaching staff as well as the hands on training that I received while as Seneca College that I am so successful!

I am currently working at BBDO Toronto within their Post House “Ricochet”. Professor Alex Hall helped me with the internship placement, and they hired me after a month of being there, as an assistant editor. Making good use of AVID Media Composer, Adobe Premiere, Photoshop and AfterEffects that was taught to us at Seneca!